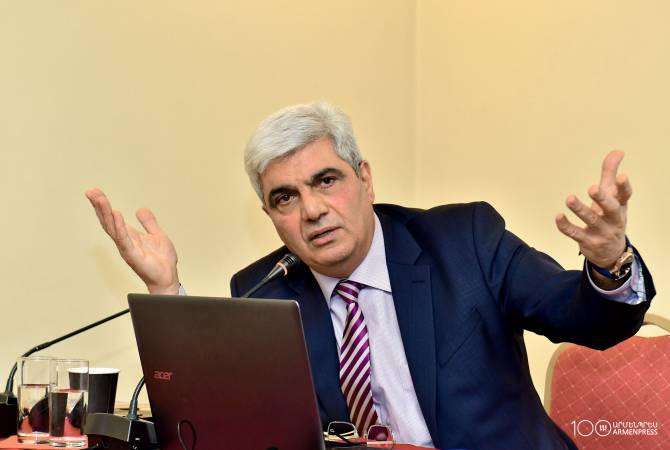 
YEREVAN, FEBRUARY 1, ARMENPRESS. Citizens of Armenia highly appreciate the role of the European Union in the ongoing economic and political reforms in Armenia, according to a survey.

Stepan Grigoryan, President of the Analytical Center for Globalization and Regional Cooperation presented results of a survey conducted jointly with the National Foundation of Democracy.

“Despite the fact that the Armenian velvet revolution didn’t have a geopolitical orientation, the positive mood of Armenians towards the EU is associated with the fact that during the independence years the EU has been quite active here, the EU and European countries are providing the Armenian civil society with serious assistance,” Grigoryan said.

The goal of the poll was to study the attitude of Armenian citizens towards international organizations such as the EU, the EEU, CSTO and NATO.

Comparing to surveys of previous years, Grigoryan noted that the new results show that the stance of Armenians for Russia has become more positive.

According to Grigoryan, confidence of Armenians for the CSTO and the EEU has grown.

The survey shows that an idea of a multi-vector foreign policy is dominating, therefore the majority of the respondents also have trust for NATO. “Just like in 2017, in 2018 the number of citizens who partly associate the peaceful settlement of the NK conflict with close cooperation with the EU and NATO is also rather high,” he said.

The survey was conducted anonymously among 796 people using questionnaires during August-September 2018.

21:29, 09.24.2021
Viewed 2261 times Today, no Armenian lives or practically could live in the territories under the control of Azerbaijan – Pashinyan