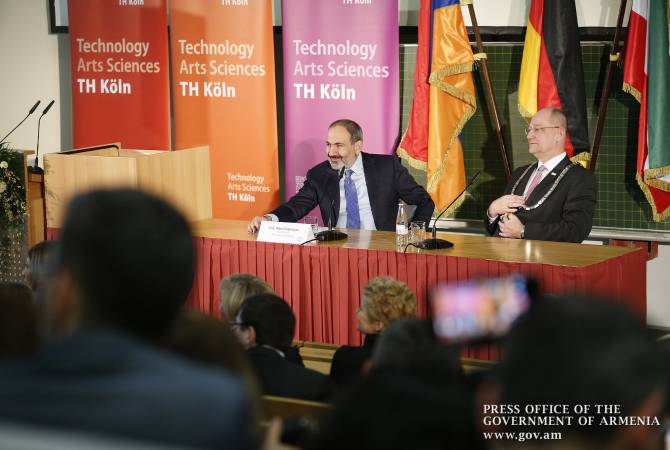 “We have discussed the topic of fake news also in Davos. In fact it’s a difficult issue because it is linked with several factors. I also face that problem: today there are a lot of fake news in social networks relating to me and my family. Despite the problem, I think the freedom of speech is very important”, Pashinyan said during a Q&A session in the Cologne Technical University.

Talking about the solutions, he said he highlights putting an emphasis on the educational factor. According to him, the issue will be solved via educational programs relating to the IT, media field, within the course of time.

During the meeting Pashinyan also touched upon the use of technological developments in protecting the environment. He said they are planning to set high standards at several directions, including in the mining industry sector, aimed at making the environment protection effective.