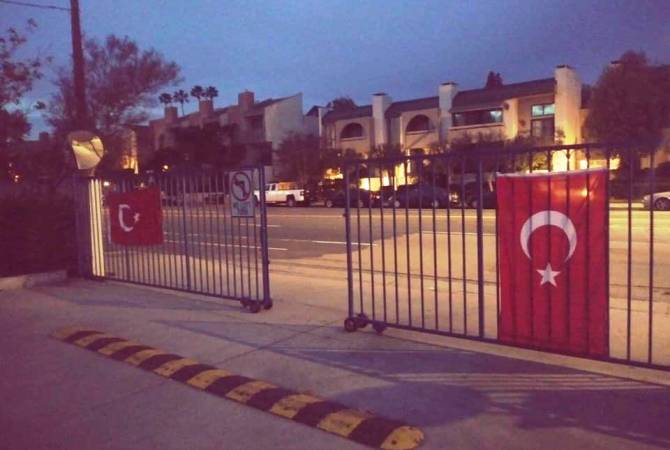 On January 29 the masked figure in black zip-tied more than a dozen Turkish flags on the gates of these two Armenian private schools.

“This type of behavior can be credited due to the lack of accountability of the Armenian Genocide and its ongoing denial by Turkey. It also serves as a reminder of why fighting for justice for the Armenian Genocide remains at the forefront of our priorities”, ANCA Western Region said in a statement.

Congressman Adam Schiff also made a statement over the incident.

“Private Armenian schools in Southern California were vandalized today with Turkish flags. These schools are attended by many descendants of survivors of the Armenian Genocide perpetrated by the Ottoman Empire, and I stand with the Armenian community in condemning this act of hate”, the Congressman said.

He stated that the authorities are investigating the incident and expressed hope they will identify the suspects to prevent additional threats and intimidation.

The Los Angeles Police Department is investigating the incidents of clutching Turkish flags on the gates of two Armenian private schools.

The incidents caused concern and outrage among L.A.’s Armenians. Many described the incidents as an act of hate intended to intimidate the community and discredit the Armenian Genocide.