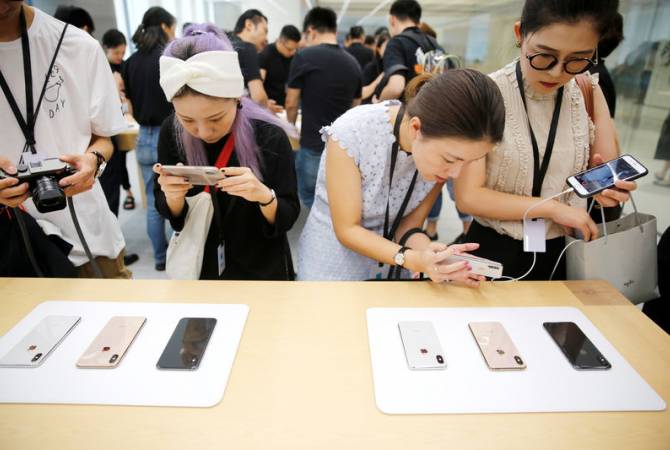 
YEREVAN, JANUARY 30, ARMENPRESS. Apple plans to cut the price of some of its iPhones for only the second time in the device’s 12-year history, Reuters reported.

The price cut is an attempt to stem weak sales particularly in overseas markets such as China, "where a 10 percent rise in the U.S. dollar over the past year or so has made Apple’s products - which already compete at the top end of the market - much pricier than rivals."

Apple CEO Tim Cook disclosed the plan on Tuesday after the company reported the first-ever drop in iPhone sales.

Apple did not say in which specific countries it would adjust iPhone prices.

The company priced its new iPhone XS, which was released in September, at $999, the same price in U.S. dollars as its predecessor, 2017’s iPhone X.

That worked for U.S. consumers, but in countries such as China and Turkey the local currency had fallen so much against the surging U.S. dollar, it made the phone significantly pricier than its predecessor a year before.

On Tuesday, Cook told Reuters that Apple will adjust foreign prices in some markets by resetting them at or close to what they were one year before in local currencies.