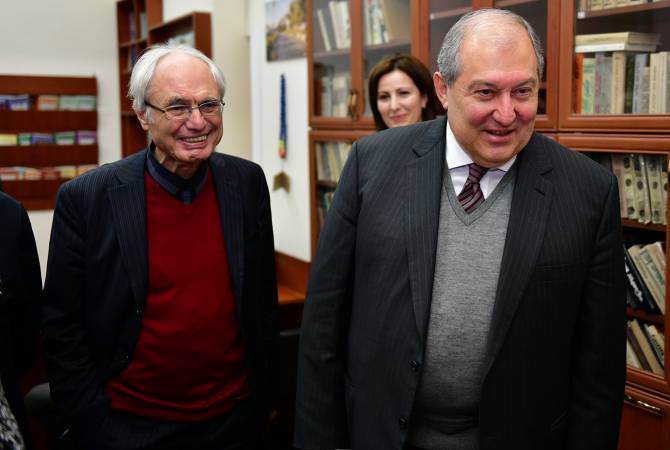 Tigran Mansurian was born in Beirut in 1939. His family moved to Armenia in 1947. Mansurian studied first at the Romanos Melikian Music School and later at the Yerevan Komitas State Conservatory. He wrote different works, won prizes during the student years.

Mansurian’s works have been performed in Armenia and abroad.

His “Monodia” album was nominated for the 2005 Grammy Award for “Best Instrumental Soloist(s) Performance (with Orchestra)” and “Best Classical Contemporary Composition”.