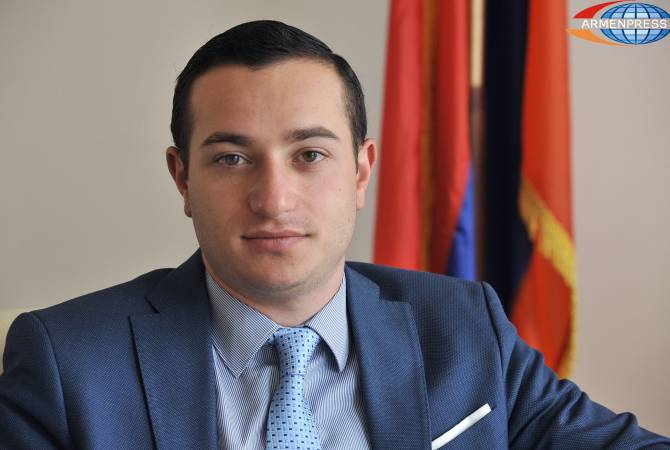 
YEREVAN, JANUARY 24, ARMENPRESS. Member of Parliament from the ruling My Step faction, chairman of the parliamentary committee on Science, Education, Culture, Diaspora, Youth and Sports Affairs Mkhitar Hayrapetyan will lead the Armenian delegation to EuroNest.

Hayrapetyan said on Facebook that the composition of the Armenian delegation to EuroNest has been confirmed during the January 24 sitting of the National Assembly Council.

“Attaching importance to the role of parliamentary diplomacy in various international platforms, I am proud to note that I will lead this delegation that will carry out this responsible mission. I am sure that together with my party friends and my colleagues representing the Prosperous Armenia and Luminous Armenia parties we will succeed in honorably representing the Republic of Armenia at this international arena,” he said.

Prior to being elected to parliament, Mkhitaryan served as Minister of Diaspora.

The Euronest Parliamentary Assembly is a parliamentary forum to promote political association and further economic integration between the European Union and the EU's Eastern European partners.