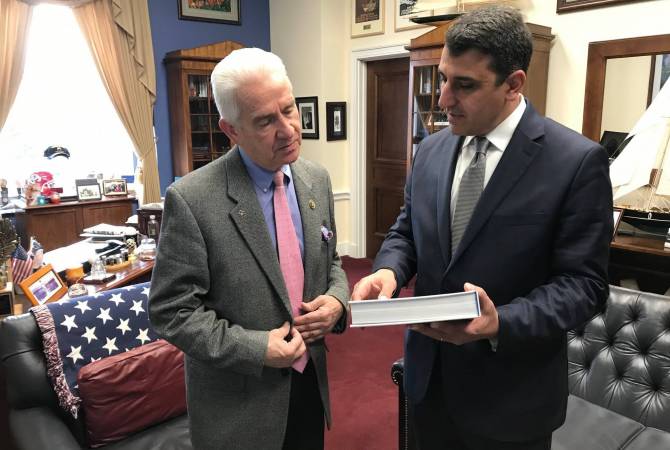 During the meeting the ambassador thanked the congressman for the many years of activities in the Congressional Armenian Caucus, the foreign ministry said.

The sides addressed the fundamental political changes that took place in Armenia. The congressman expressed hope that these reforms will lead to the enhancement of the Armenian-American economic relations.

Both sides attached importance to the special significance of the Armenian-American community in strengthening the friendly relations between the countries.