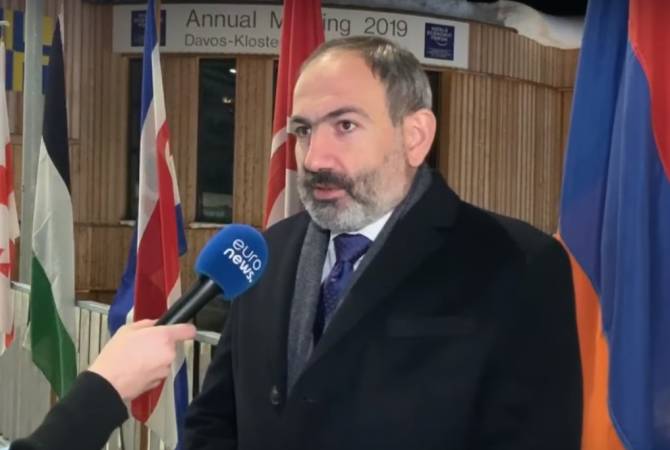 
YEREVAN, JANUARY 24, ARMENPRESS. The most important reforms are connected with economy, and we need to transform the political revolution into an economic revolution, Armenian Prime Minister Nikol Pashinyan said in an interview with Euronews in Davos when asked about the reforms in Armenia.

Pashinyan said that his government plans to have regulatory simplifications to make any business activity in Armenia easier and also carry out reforms of the tax code, to reduce the level of income and profit tax in order to make the business environment more attractive for foreigh investments.

Pashinyan also said that the Armenian government will create a new sector of the economy – micro business, with the purpose of overcoming poverty, which in his words is “the biggest problem” in Armenia.

Watch the full interview below.