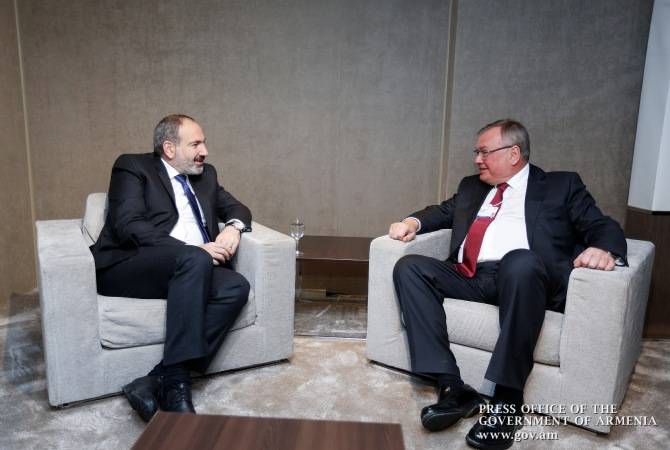 
YEREVAN, JANUARY 24, ARMENPRESS. Prime Minister of Armenia Nikol Pashinyan met with Boris Titov, Commissioner for the Protection of Entrepreneurs’ Rights under the Russian President in Davos within the framework of the World Economic Forum, Pashinyan's Office said.

During the meeting Nikol Pashinyan stressed the need for continued development of Armenian-Russian economic relations and further deepening of trade and economic exchanges. In this context, the sides discussed issues related to the strengthening of ties between the businessmen and attracting new Russian investments.

Introducing his government’s priorities concerning the business environment and economic development, the PM highlighted the need for the banks, including VTB Bank, to adequately respond to the indications coming from the business sector.