Media in Armenia today more free than ever – Pashinyan 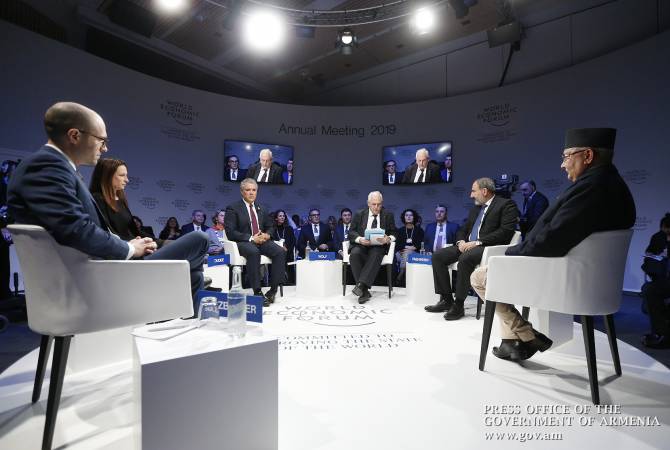 
YEREVAN, JANUARY 22, ARMENPRESS. Prime Minister of Armenia Nikol Pashinyan, who is in Davos on a working visit, participated on January 23 in a thematic debate “Defining the future of democracy”. ARMENPRESS reports Pashinyan referred to the activities of mass media and the freedom of the press in Armenia.

“You know I am former a journalist, editor-in-chief of a newspaper and political prisoner. But now I can say that media in Armenia is more free today than ever. Anyway, not all journalists agree with, because they think it’s exaggeration to say that media is fully free in Armenia. But I can insist on that. And you know, I think it’s normal when there are some tensions between the Government and the media, because we see that nowadays throughout the world there is low trust towards the governments and it can be linked with the fact that today all the members of the society know more about high ranking officials than in the past, and because any detail can have an impact on the faith of the people towards politicians, ministers and so on”, Pashinyan said.

Pashinyan expressed confidence that only the full transparency of the governments will raise the level of confidence towards them.

Armenian PM Nikol Pashinyan paid a working visit to Switzerland on January 20 to participate in Davos World Economic Forum. The PM is scheduled to hold a number of bilateral and multilateral meetings with heads of other states, representatives of international organizations, companies.

Nikol Pashinyan is also scheduled to meet with the members of Switzerland-Armenia Commerce Chamber and Swiss businessmen in Zurich.