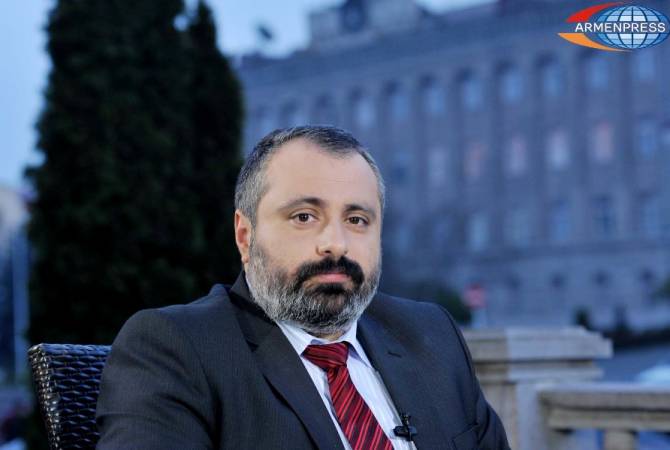 
YEREVAN, JANUARY 23, ARMENPRESS. The high-level meetings between the Armenian and Azerbaijani leaderships, according to the stance of official Stepanakert, are an opportunity to keep the continuation of the negotiation process for the Nagorno Krabakh conflict settlement, Davit Babayan – spokesperson of the President of Artsakh, told Armenpress commenting on the January 22 meeting between Armenia’s Prime Minister Nikol Pashinyan and Azerbaijani President Ilham Aliyev in Davos on the sidelines of the World Economic Forum.

“Artsakh has always welcomed any such meetings in a sense that they enable to maintain the continuation of the negotiation process and contribute to the preservation of stability and peace in the region. We don’t imagine that any anti-Artsakh decision can be made [during the meetings]”, Babayan said.

Although the meeting details are unknown, but the Artsakh leadership is confident that no anti-Armenian decisions are possible during these meetings.

“The fact that they would meet was predictable because they both were participating in the same event. But as for what issues have been discussed, it’s impossible to talk about the comprehensive settlement of the conflict at this moment. First of all, the complete format of the negotiations with the participation of Stepanakert is not restored. And also Azerbaijan has not revised its revanchist, Armenophobic positions yet”, Davit Babayan said.