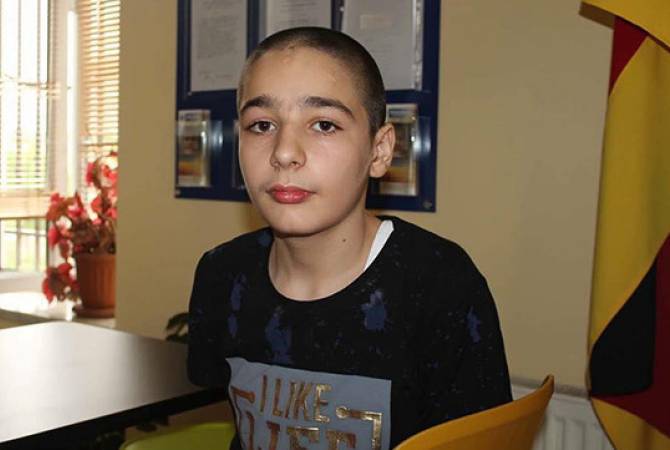 
YEREVAN, JANUARY 23, ARMENPRESS. The criminal investigation into a possible murder of a 14 year old boy who went missing earlier in summer of 2018 has been dropped, general prosecution spokesperson Arevik Khachatryan told ARMENPRESS.

Authorities opened a criminal case on murder on June 18, 2018 – ten days after Hayk Harutyunyan’s disappearance. The criminal case on attempted murder is a standart procedure when search operations don’t give results after ten days.

“Given that all necessary proceedings have been carried out during the investigation, but the crime has not been revealed, and no possible suspect has been identified, therefore the detective has closed the case as required by law,” the prosecution said.

Khachatryan said large-scale investigative works have been carried out to find out what happened to the child, including questioning of eyewitnesses, search of possible sightings, several versions have been considered and probed, and others.

The boy, Hayk Harutyunyan (pictured in the photo above), a local of a village of Ararat province, has gone missing on 2018 June 8. The 14-year-old suffers from autism.

Anyone having any information about the whereabouts of the boy is urged to contact police by dialing 911.