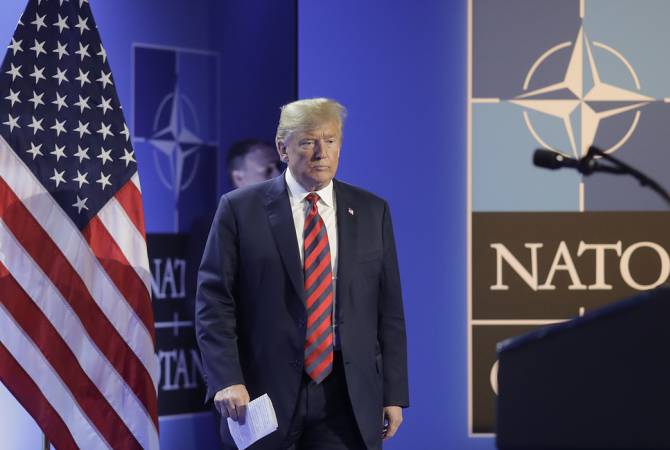 
YEREVAN, JANUARY 23, ARMENPRESS. The US House of Representatives has passed a bill according to which President Donald Trump cannot withdraw the United States from the NATO, Reuters reports.

The Democratic-led House approved the measure by a bipartisan 357-22 vote, with the only “no” votes coming from Republicans. It now goes to the Republican-majority Senate, where its future is unclear, although a similar measure has been introduced there.

The New York Times said last week that several times over the course of 2018, Trump privately told his advisers he wanted to withdraw from NATO.

Publicly, the president has rebuked NATO allies for spending too little on defense.

The legislation that passed the House Tuesday reaffirms lawmakers’ support for NATO, and says no U.S. funds will be spent to withdraw the United States from it.