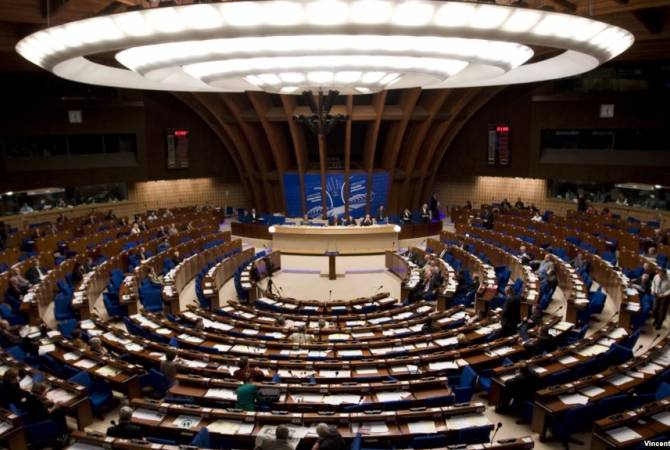 
YEREVAN, JANUARY 22, ARMEN PRESS. Fundamental freedoms of expression, association, assembly and movement were fully respected during the campaign of December 9, 2018 elections of Armenia, reads the reports of the PACE observer mission. The report refers to pre-election period, voting and post-election period., reports ARMENPRESS.

Open political debate, including in the media, contributed to a vibrant campaign. The peaceful so-called “velvet revolution”, in conjunction with the political will of the current authorities, enabled the holding of democratic elections. The campaign largely focused on affirmative elaboration of party programmes, visions of Armenia’s future and, in the regions, on issues affecting local communities, although most candidates also engaged in some negative campaigning. While the campaign was marked to a certain degree by inflammatory exchanges in the media between some candidates, the tone and civility of the ways parties and alliances addressed voters and each other generally improved as the campaign progressed. The election campaign discussions were generally dominated by the internal policy issues. For the first time in Armenia, the campaign culminated in a three-hour, live genuine debate on 5 December on the public television channel, during which the leaders of all national lists, including the acting Prime Minister, as “Head of the My Step Alliance”, discussed in a mutually respectful and generally congenial manner, issues such as national security, anti-corruption, independence of the judiciary, transitional justice and economic development. Inflammatory rhetoric was however noted during the campaign in the comment sections of online media. Some IEOM interlocutors also indicated that “fake” Facebook accounts were sources of provocation, disinformation and insults directed at individual candidates.

Many IEOM interlocutors noted the political will expressed by the authorities to strongly punish the selling and buying of votes and other electoral malpractices. Nevertheless, several interlocutors claimed that one of the candidates engaged a large number of campaign workers and citizen observers on short-term contracts in order to indirectly buy their votes, without violating the law.

The PACE observation delegation noted, based on information received from different interlocutors, a clear progress concerning the media coverage of the election campaign compared with the previous elections. The neutral and impartial coverage enabled also the electors to make a well-informed choice. This work should be consolidated in the future by reinforcing the legal framework and good practices in the field of media coverage.

Election day proceeded calmly, peacefully, free of pressure on or intimidation of voters, and was assessed positively by the majority of IEOM observers. A significant number of polling stations (71%) were inaccessible to voters requiring mobility assistance, so some of these voters may have had difficulties in expressing their vote. After the closing of the polling stations, the CEC reported the turnout at 48.6%.

Voting was assessed positively in 99% of observations, reflecting adherence of the PECs to procedures. Presence of party proxies (in 93% of observations) and citizen observers (53%) in polling stations safeguarded the transparency of the election process. However, in a limited number of cases (3% of observations) proxies and observers interfered in the process.

The vote count was assessed positively in all but two polling stations observed, indicating that the counting process was conducted without significant procedural violations.