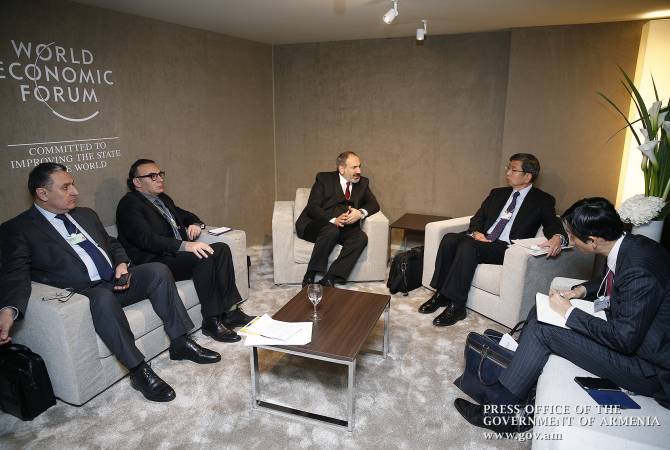 During the meeting the officials discussed the process of a number of ADB programs being implemented in Armenia.

Nikol Pashinyan highlighted the close cooperation between the Armenian government and the ABD and the effective implementation of the programs, as well as introduced the ADB President on the ongoing positive developments taking place in the country’s economy. Pashinyan said the Armenian government is committed to carry out reforms and economic revolution in the country.

The sides also discussed issues relating to the implementation of programs for small and medium business development in Armenia.

The ADB President said they are ready to discuss with the Armenian government the opportunities to expand programs and implement new ones which will cover new areas.