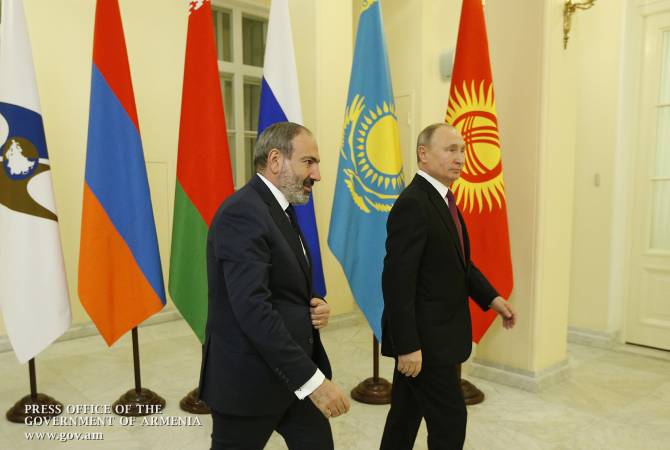 
YEREVAN, JANUARY 22, ARMENPRESS. Armenian Prime Minister Nikol Pashinyan will depart for Moscow on January 24. He is scheduled to deliver remarks at the headquarters of the Eurasian Economic Commission (EEC), the EEC press service told Armenpress.

“Armenian PM Nikol Pashinyan is scheduled to deliver speech in Moscow on January 25 on the occasion of transferring the 2019 chairmanship in the Eurasian Economic Union (EAEU) from Russia to Armenia”, the statement said.