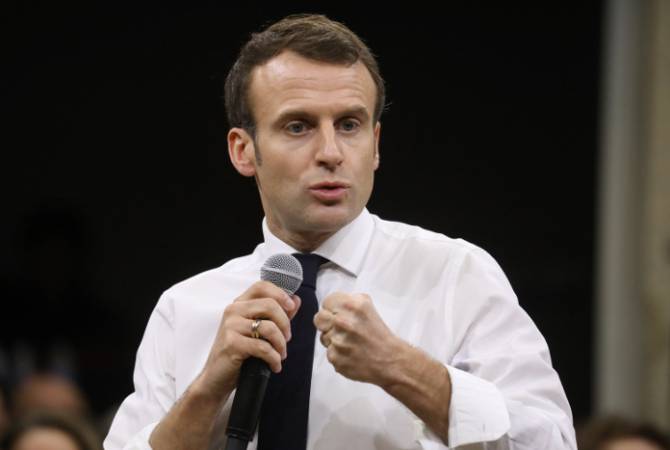 
YEREVAN, JANUARY 22, ARMENPRESS. French President Emmanuel Macron has said that his government will continue implementing the reforms that it had initiated earlier despite ongoing discontent and protests.

“The settlement of the crisis is not to refuse from what we have done during the last 18 months,” Macron said at an official dinner at Versailles. The dinner was organized for executives of Microsoft, Snapchat, JPMorgan Chase & Co, Interfax reported.

In his remarks, Macron even draw parallels with Louis XVI of France, who was beheaded around 200 years ago.

“He ended his life this way for the very reason that he refused from making reforms,” Macron said.

He argued that the Yellow Vests protest are the manifestation of the middle class’ concern on globalization, which led to Brexit in the UK, as well as the rise of populist parties in Germany and Italy.