Varazdat Karapetyan: The down-to-earth MP who continues living in village to stay in touch with people | ARMENPRESS Armenian News Agency

Varazdat Karapetyan: The down-to-earth MP who continues living in village to stay in touch with people 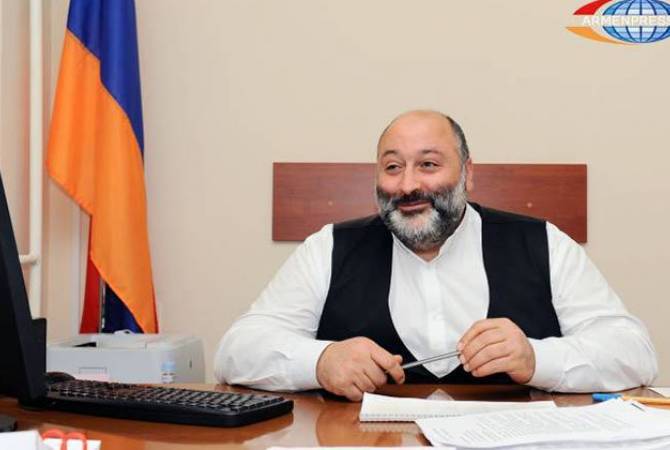 
YEREVAN, JANUARY 22, ARMENPRESS. Member of Parliament Varazdat Karapetyan from the ruling My Step faction, says that being the chair of the Territorial Administration Affairs Committee, it is his duty to live among farmers to understand what specific tools are required to implement proportional development and territorial administration.

“I live in Gegharkunik province, I am always in contact with the people,” MP Karapetyan told ARMENPRESS. He plans to organize discussions in communities about the controversial community consolidation program, to reach an acceptable option and submit the proposals to parliament.

“If a person says he is dealing with territorial administration and development, he must show an example that living in a village is a joy,” he says. “It’s not about speaking about problems, it’s about solving them”.

Among various legislative initiatives planned by the MP, he elaborated on the benefits system, social security, healthcare and education provided by the Governor’s Offices.

He argues that the current family benefit system is a “system encouraging laziness”.

“The government can give additional funds to the local self-governance body so that the community can care for the problems of the families itself”.

Karapetyan says he will also actively work in the agricultural sector and environmental protection.

He says he will release an action plan within one month, detailing the activities of his committee.

The MP has previously served as Deputy Minister of Territorial Administration and Development (2017-2018).

“I am sure that together with our colleagues in parliament, regardless of party affiliation, we will achieve the decisions as result of constant discussions that won’t be rejected by the people, but will in fact stem from their interests”.