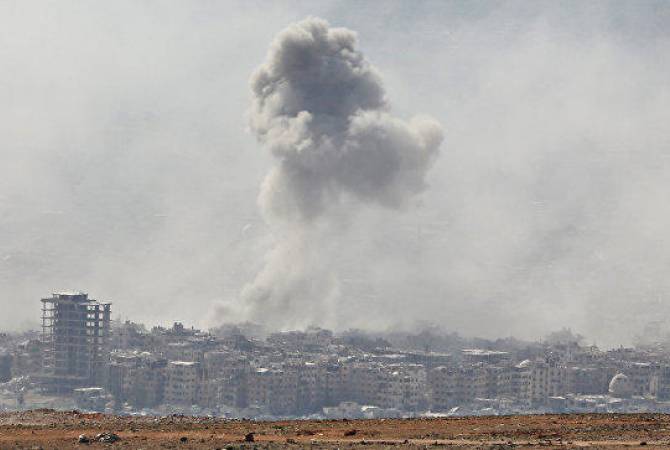 
YEREVAN, JNAUARY 21, ARMENPRESS. The Israeli military forces hit the Iranian targets in Syria as a response to the missile launch on the Israeli territory, BBC reported.

The Israel Defense Forces (IDF) announced the start of its operation in a tweet early on Monday.

It said the Quds Force sites targeted included a munitions storage facility and a position near Damascus International Airport.

“By firing towards Israeli civilians, Iran once again proved that it is attempting to entrench itself in Syria, endangering the State of Israel and regional stability. We will continue operating determinedly to thwart these attempts”, the Israeli Defense Forces said on Twitter.