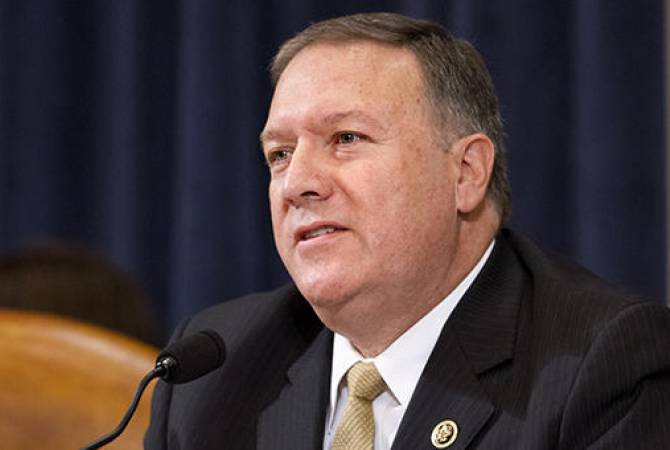 
YEREVAN, JNAUARY 21, ARMENPRESS. US Secretary of State Mike Pompeo is discussing the possibility to run for a Kansas Senate seat, a source told CNN.

Pompeo “is focused on his job as secretary of state, but he is listening” to those urging him to run, according to the source.

Kansas GOP Sen. Pat Roberts announced earlier this month he would not seek re-election in 2020.

Leading the charge to convince him to run is Senate Majority Leader Mitch McConnell, who has personally pushed Pompeo to enter the race.

Before becoming CIA director and then secretary of state, Pompeo served three terms as a congressman from Kansas.