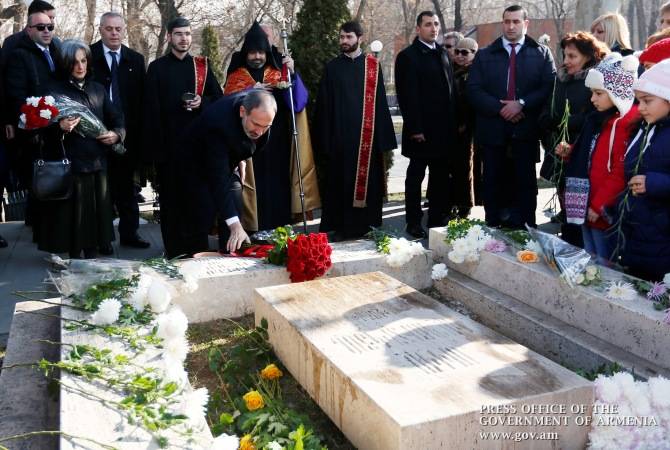 Right after the event, Pashinyan went live on Facebook to speak about the anniversary.

The poem is included in a collection of Kaputikyan’s works which has been published on the occasion of the centennial.

“I am reciting this poem in commemoration and in honor of Silva Kaputikyan,” Pashinyan said.

“World of Armenians, Country of Armenians, Soil of Armenians, Let me live in your embrace in the wide world. An ancient castle carved from rock you are, with your towers Aragats and Ararat. Let me be the dove of your tower, let your grandeur be my protective cloak,” reads a part of the poem.

Kaputikyan is recognized as "one of the most outstanding Armenian poets of the 20th century”.