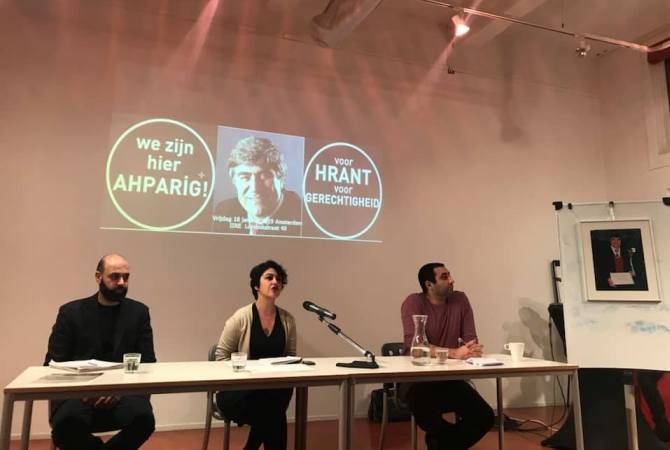 
YEREVAN, JANUARY 20, ARMENPRESS. The late editor-in-chief of the Turkish-Armenian newspaper Agos, who was gunned down outside his office 12 years ago in Istanbul, was commemorated on January 18th in the Netherlands by the Federation of Armenian Organizations of Netherlands (FAON) in an event organized together with the International Institute of Research and Education.

The renowned journalist’s friends, and many representatives of the Armenian community were present at the event held on the 12th anniversary of the assassination.

According to FAON, Dink’s widow addressed the event with a video message.

Armenia’s consul to the Netherlands Christine Stepanyan was also in attendance, according to FAON.