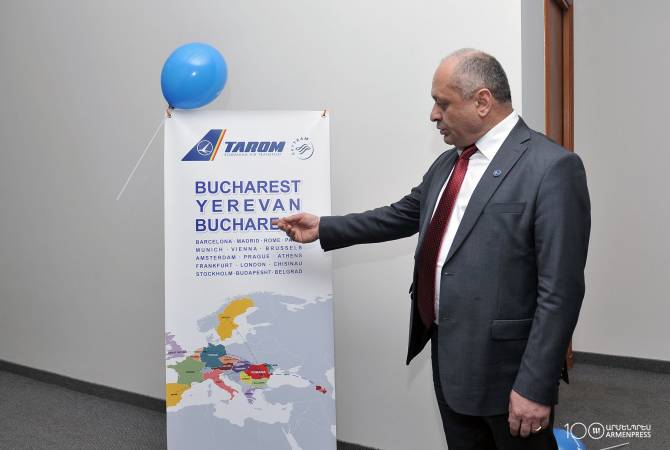 
YEREVAN, JANUARY 18, ARMENPRESS. Romania’s national flag carrier “Tarom” will conduct direct Bucharest-Yerevan flights starting from April 3. This will be an affordable option for Armenians to visit other European countries by transit.

ARMENPRESS reports the flights will start from April 3, for now twice a week. “We hope to increase the number of flights by June, making it 3-4 times a week. Of course, there is the demand. This is a cheaper option compared with other airlines flying to Europe. It takes 1-1.5 hours less to reach Europe through Bucharest than through Kiev or Moscow”, the representative of the airline in Armenia Ararat Muradyan said.

He noted that at the beginning there will not be so many visitors to Romania, instead, transit flights will be more. “Waiting 1-4 hours in Bucharest people will be able to fly to 15-16 cities”, Muradyan said.

Deputy Minister of Transport, Communication and IT of Armenia Armen Arzumanyan said that the policy of open skies gives various airlines an opportunity to enter the Armenian market and conduct flights.