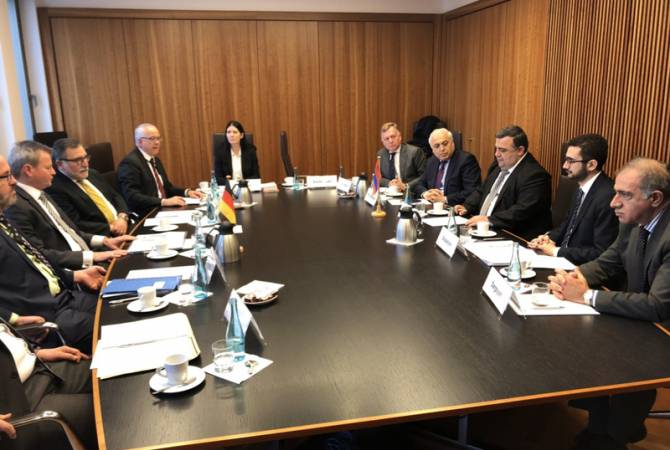 
YEREVAN, JANUARY 18, ARMENPRESS. Armenia launched a dialogue with the EU member states on visa liberalization within the framework of the Armenia-EU Comprehensive and Enhanced Partnership Agreement (CEPA) signed in November 2017 and ratified by Armenia in April 2018, the Police of Armenia told Armenpress.

The Armenian delegation led by Deputy Police Chief, Police Colonel Hovhannes Kocharyan, has departed for Germany on January 15-17. The delegation also included advisor to the foreign minister Davit Sargsyan, head of the Department of Europe at the MFA Tigran Samvelyan and Head of the Migration Service Armen Ghazaryan.

During the visit the delegation members had a number of meetings with the German officials.

At the meetings the German side praised the productive cooperation based on the international legal documents on readmission, highlighting the high level of mutual trust and the willingness to meet Armenia’s legitimate expectations.

The sides attached importance to the necessity to clarify the timeframes for implementing the provisions of the future action plan on visa liberalization, the framework of mutual commitments, as well as discussed other issues of mutual interest.