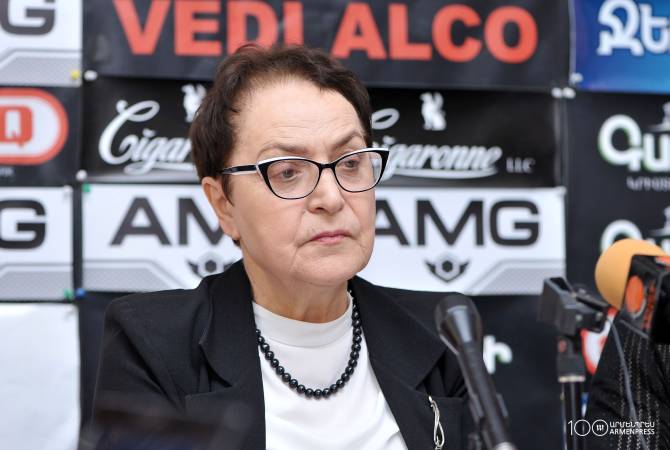 
YEREVAN, JANUARY 18, ARMENPRESS. The crime against Armenians in Baku in January 1990 has been genocide, Larisa Alaverdyan – Against the Violation of Law NGO Chairwoman, told reporters today, adding that during that time people were tortured only for their ethnic identity.

“Nearly 500 people have been killed, let us not tell about what others have suffered. There is a UN Convention adopted on December 9, 1948 which is called the Convention on the Prevention and Punishment of the Crime of Genocide. It has five points relating to the types of crimes for which persons can be held accountable”, she said.

She noted that Armenia should initiate, take actions and adopt a document to acknowledge these events as genocide, that is what they really were.

“We do not have a document in Armenia that will call the 1988 Armenian massacres in Sumgait as a genocide”, Alaverdyan said.

She informed that her organization will apply to the Parliament with the request to adopt a resolution which will name the things accordingly.