No final decision yet on bill to change government’s composition: Discussions continue 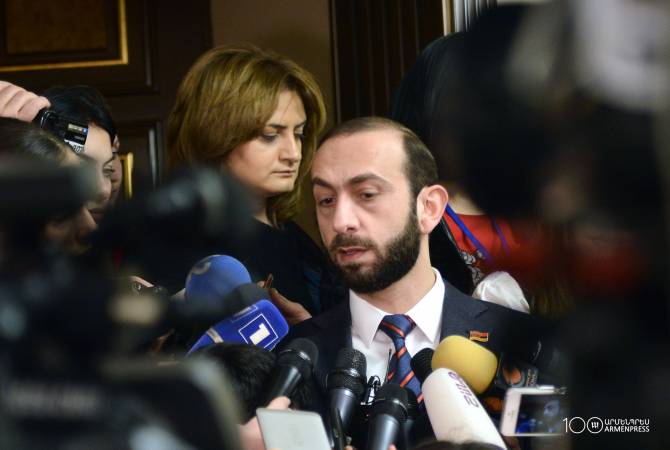 
YEREVAN, JANUARY 18, ARMENPRESS. The leadership is still in intensive stage of discussions regarding the bill on changing the government’s composition. It will most likely be submitted to the Parliament during the first sitting, Speaker of Parliament Ararat Mirzoyan told reporters, reports Armenpress.

“We are the political force which really operates publicly and transparently. And when we say that it [the bill] is in the discussion stage, it is so. We, both in the executive and executive-legislative format, are intensively discussing the issue of the composition. There is no final decision yet at this moment. I can make a private assumption. My impression from the discussions is that we will bring the bill on the changes in the composition at the first sitting of the Parliament”, he said.

On January 16 Speaker Mirzoyan announced that the bill on changing the composition of the government has not been submitted to the Parliament yet.