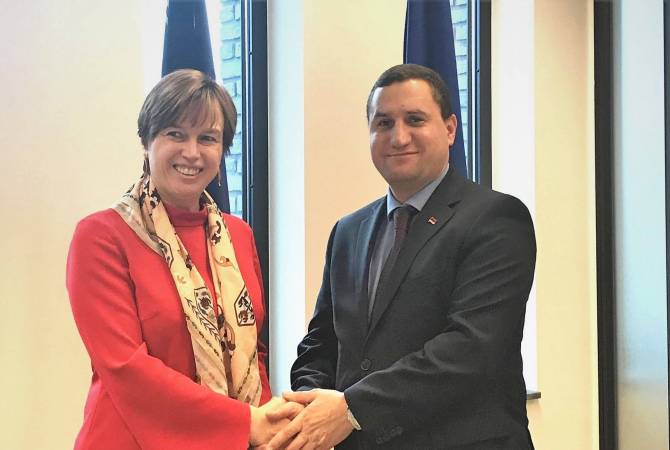 Ambassador Balayan highly valued the effective activity of the pan-European structure and introduced the activities of law enforcement agencies in fighting corruption and organized crime in Armenia. In this context an importance was attached to deepening the partnership with the Europol and the EU member states.

During the meeting the opportunities to establish cooperation between the Armenian Police and Europol were discussed.

Ambassador Balayan also introduced Armenia’s approaches to the regional issues and the efforts of the international community aimed at solving them.