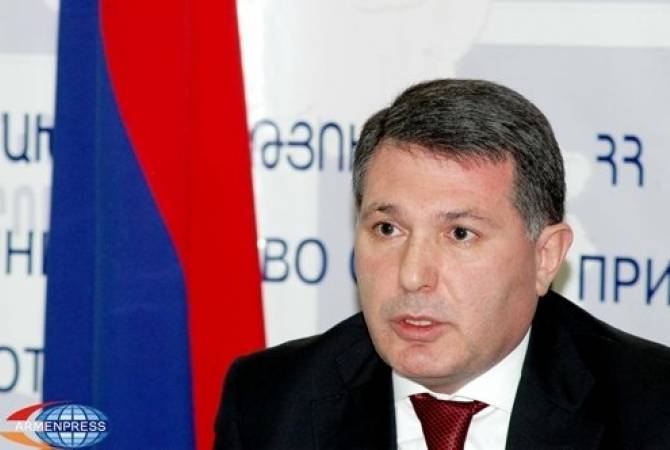 “The court approved the motion of the Special Investigative Service to remand Aram Harutyunyan in custody for two months”, the attorney said.

Aram Harutyunyan, being a high ranking official, received bribe of particularly large amount through other people.

According to the indictment, in 2007 Aram Harutyunyan provided mining licenses and allowed to carry out mine exploitation to a businessman and received particularly large amount of bribe for that, 4.2 billion AMD or 14 million USD at that time.

Manhunt is declared for Aram Harutyunyan.