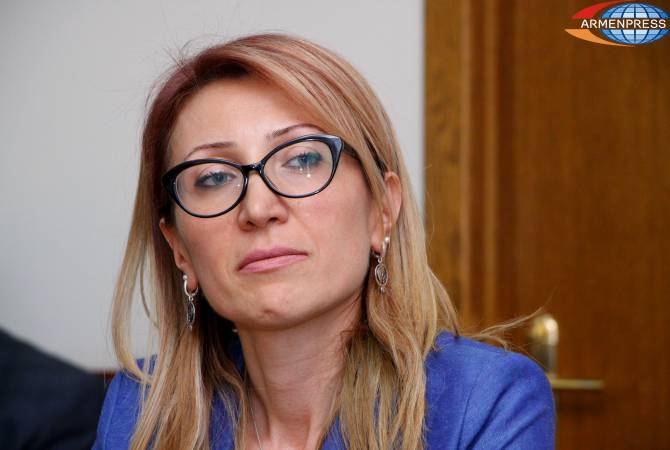 
YEREVAN, JANUARY 18, ARMENPRESS. The accountability of the Central Bank to the Parliament should be raised through various mechanisms. The Parliament has powers for that, MP Mane Tandilyan of the Bright Armenia faction, candidate for the chair of the standing committee on fiscal and budgetary affairs said during today’s session of Parliament, reports Armenpress.

In response Mane Tandilyan said the Central Bank has been provided with several constitutional powers, such as that of restraining inflation. “It’s an independent structure which is very good. But at the same time we need to understand that the Bank’s fiscal policy leads to serious consequences, and therefore, the Parliament must and has a power to use control mechanisms towards the CBA. I think the Bank’s accountability to the Parliament should be raised through various mechanisms”, she said.

The lawmaker noted that they can invite respective authorities to the Parliament to discuss the issues raised. She highlighted that it’s right that the CBA must have an independence, but it also must be accountable to the Parliament, which means to be accountable to the public. The committee chair candidate said it would be better if they manage to use the CBA powers for the benefit of Armenia’s economic and financial system.

The Parliament session kicked off today.

The lawmakers continue debating the election of chairs of the parliamentary standing committees.