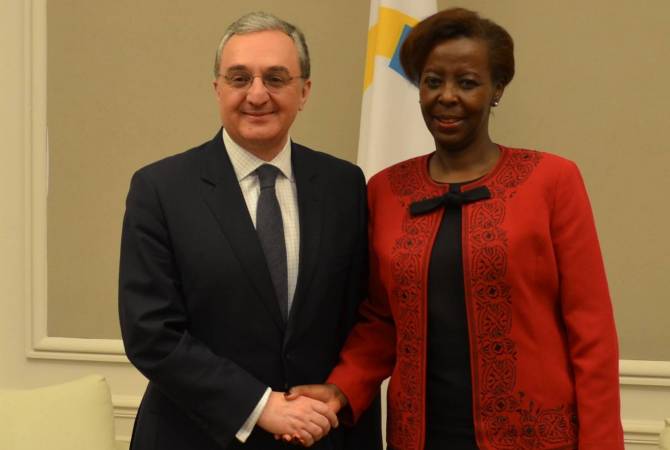 Acting FM Mnatsakanyan congratulated Louise Mushikiwabo on assuming office and reaffirmed Armenia’s full support to the implementation of her mission and concrete priorities set by her aimed at further developing the Organization as a key platform based on the common values.

The sides highly valued the holding of the La Francophonie summit in Yerevan recently both in content, organizational and representational terms. They agreed that the decisions and agreements reached during the summit have created good preconditions for further deepening the cooperation in different sectors in the La Francophonie region.

During the meeting the acting FM introduced the Secretary General on Armenia’s chairmanship priorities and future programs in the La Francophonie, expecting a close cooperation with the IOF Secretariat for their implementation. Zohrab Mnatsakanyan said Armenia will continue taking active steps to solve the problems facing the Organization, raise its position and reputation in the international arena, also through development of close cooperation with international and regional organizations such as the UN, UNESCO and the Council of Europe. In this context both sides highlighted the promotion of dialogue with the African Union as a key direction.