Stepantsminda-Larsi highway is closed for all types of vehicles 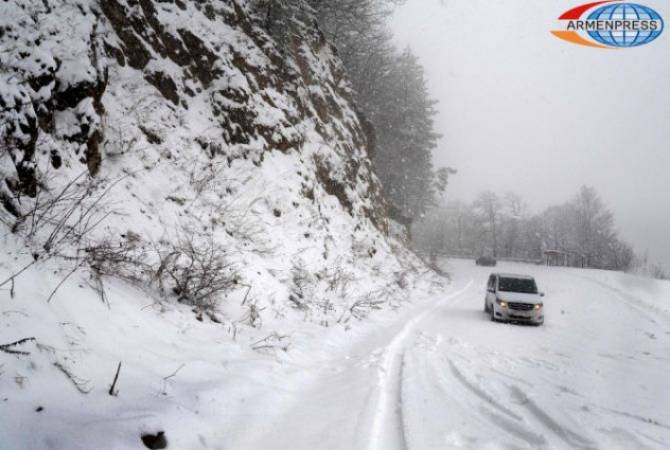 
YEREVAN, JANUARY 17, ARMENPRESS. On January 17 by 19:00 some roads in Armenia are closed and difficult to pass, ARMENPRESS was informed from the press service of the Emergency Situations of Armenia.

Vardenyats Pass is open only for passenger cars.

Sotk-Karvachar highway and ''Meghru -sar'' roadway are closed for trucks and is difficult to pass for passenger cars.

Roadways leading to Mirak, Charchakis villiages of Aragatsotn Province and Lanjik-Mastara roadway are difficult to pass.

There is snowstorm on Sotk-Karvachar highway, and ''Meghru -sar'' roadway.

It is recommended to all drivers to drive exceptionally on winter tires.

According to the information received from the Roads Department of the Ministry of Regional Development and Infrastructure of Georgia Stepantsminda-Larsi highway is closed for all types of vehicles. There is a risk of avalanches.

According to the information received from the Ministry of Emergency Situations of the Russian Federation, Republic of North Ossetia, there are accumulated cars on the Russian part.