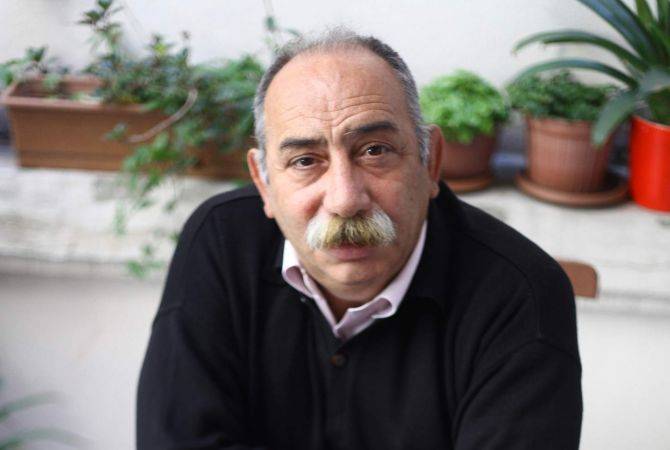 
YEREVAN, JANUARY 18, ARMENPRESS. The elections of an Armenian Patriarch of Istanbul and the boards of the community institutions remain major issues for the Armenian community of Turkey.

Bagrat Estukian – editor of the Armenian section of Istanbul-based Agos daily, gave an interview to ARMENPRESS, talking about these and other issues.

-Mr. Estukian, what are the agenda issues for the Turkish-Armenian community in 2019?

-In the last 10 years there is a very concrete agenda issue, that is the election of a Patriarch. You know that Armenian Patriarch, Archbishop Mesrob Mutafyan is ill for a long time, has lost consciousness and is unable to fulfill his duties. Therefore, the patriarchal seat is vacant. Vicar has been appointed, but he is not elected. Therefore, we cannot expect patriarchal duties from him. This is a key issue for us.

In addition, there is also a problem with the elections of boards of community institutions. These elections are not being held for quite a long time. We have over 35 institutions the boards of which are elected by the votes of the people. The state becomes barrier for us, bringsthe formation of a new rules of procedure as a reason, which is not done yet, therefore, we have to wait for that new rules of procedure. I would like to state that not only we suffer this problem: it also touches Greeks and Jews. They as well are deprived of that right.

-Are there any preconditions that there will be a progress regarding these two issues?

-There are no concrete preconditions, expectations because there is no clear demand by the authorities. By saying authority I mean the church of the Patriarchate and the representatives of several important structures. In their statements they say that they also want patriarchal elections, but are not taking any action.

-What are the actions this year for preserving the Armenian educational facilities in Turkey? What support do the Armenian schools need?

-Traditionally, these issues find their solution. There is certain regress in terms of speaking in Armenian and attending the Armenian college. The number of school-children of different ages has decreased. But in any case the Armenian educational facilities organize the study process and continue working normally. As for the new literature, teachers training issues, there is always a lot of work to do in this regard. Schools present different initiatives for trainings of their teachers.

-Hrant Dink’s murder anniversary is approaching. What events are scheduled on that occasion?

-Traditionally, during these years on that day we have not initiated any event. Various organizations not linked with us organize events, and we participate in them. We have never been an organizer. This year a massive commemoration event will be held outside the former editorial house of Agos. It will be attended by thousands of people. Commemoration events will also be held in different cities of Turkey.

I would like to state that years after the murder we have the following: the state is not being held accountable for its crimes and hides them. And Dink’s murder case is not an exception.

-Mr. Estukian, in recent days we witness how ethnic Armenian lawmaker of the Turkish Parliament Garo Paylan is being persecuted. What do you think what this can lead to?

-The leader of a party, which Paylan is a member of, is jailed, other figures are also jailed. Therefore, I do not rule out that there will be a threat also for Paylan in this context. Now an attempt is made to strip him off immunity. His speeches concern the authorities, accepting his remarks is like to accept the threat of danger directed to the state. Like Hrant, Garo as well raises the issue of the Armenian Genocide.

-And the last question relates to the renaming of a street with an Armenian name in Istanbul. There is information that there is a decision to rename the Tatyan street of Istanbul’s Bakirkoy district with a Turkish name. In your opinion what is the goal of this?

-It’s a tiny street located between the Armenian Church and school. The Armenian name of the street was very appropriate and adequate because Tatyan was the founder of the school. The local authorities made a decision to change the street’s name. I can state that the main political mind of Turkey is based on Armenophobia. Some circles perhaps get rid of this perception, but the overall ruling ideology is based on that. Therefore, changing the name of the street is not a coincidence, we have presented the situation in this way – an “allergy” from an Armenian name.