‘We can fully change the situation if we get rid of three things’, says Pashinyan | ARMENPRESS Armenian News Agency

‘We can fully change the situation if we get rid of three things’, says Pashinyan 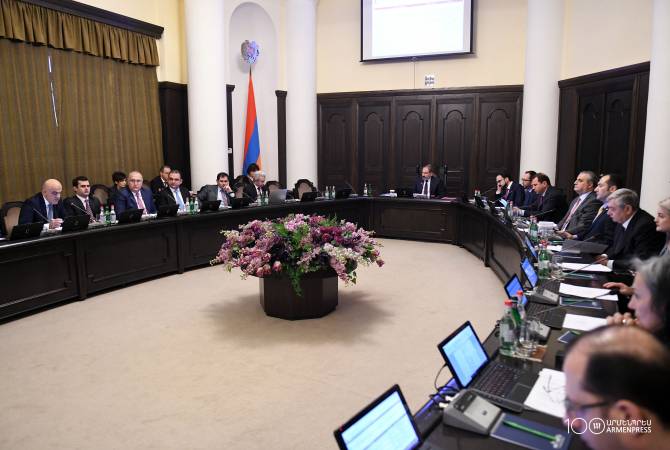 
YEREVAN, JANUARY 17, ARMENPRESS. The Armenian government today approved the legislative initiative on making amendment in the Tax Code, according to which the import of electric cars will be exempt from the Value Added Tax (VAT).

This led to heated discussions in the Cabinet during which acting finance minister Atom Janjughazyan, State Revenue Committee Chairman Davit Ananyan presented their views and negative opinion on the draft.

Davit Ananyan said 2019 is a risky year for budget entries and proposed to postpone the adoption of the draft for one year.

Commenting on the consequences, Prime Minister Nikol Pashinyan said they will bring back the money which they lose today.

“Obviously, we are interested in the increase of number of electric cars, and we are showing this with this draft. This still needs to pass some discussion stages, based on which the government can recall the draft. Two years will pass until people notice what law has been adopted”, Pashinyan said, adding: “I have a formula that we can fully change the situation in our country if we get rid of three things. The one is garbage that is everywhere, the second ones are small shops and the third ones are the skeletons of cars which people keep in their yards for decades”.