UN chief presents top priorities of the organization for 2019 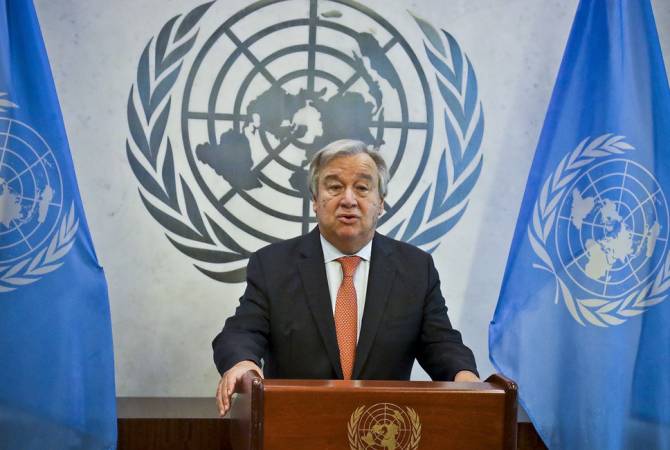 “We will continue to strengthen our partnership with the African Union as we strive to consolidate gains towards peace on the continent, and press for lasting solutions in Mali and the Sahel, South Sudan, Somalia, the Central African Republic and the Democratic Republic of the Congo”, the UN Chief said in his remarks during the Informal Session of the General Assembly.

He also focused on Yemen, Syria and Libya.

“Last month’s Stockholm Agreement on Yemen helped to avoid a catastrophic military confrontation in Hudaydah that would have greatly increased the risk of famine”, he said. “But much more needs to be done to ensure that the parties live up to their commitments, and that a true political process finally leads to peace”.

As for Libya, António Guterres said the ceasefire brokered by the United Nations is still holding. “Now it is the time to help unite the Libyan people to advance the political process and create conditions for a National Conference paving the way for reconciliation and future elections”, he added.

“In Syria, the war is far from over.  Millions of civilians remain displaced and under constant fear of yet another humanitarian catastrophe, particularly in the northeast and northwest.  My new Special Envoy will continue to push for what remains the only solution: a political path– in accordance with Security Council resolution 2254 and the Geneva Communiqué -- where the voices of all Syrians are heard, and grievances can be addressed in a peaceful and equitable manner”, the UN Secretary-General said.