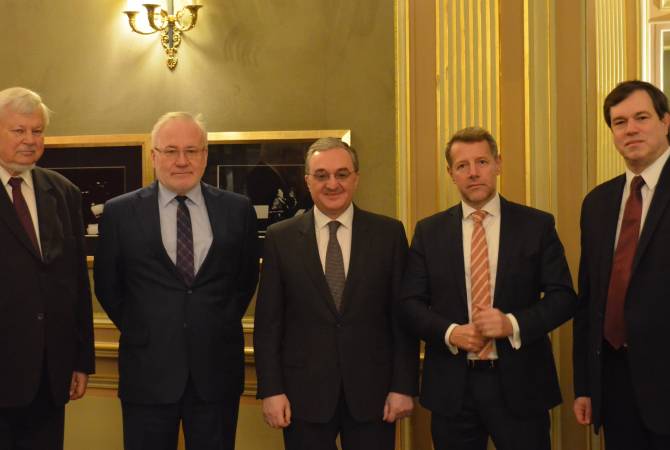 As ARMENPRESS was informed from the press service of the Foreign Ministry of Armenia, Zohrab Mnatsakanyan once again reaffirmed Armenia’s approaches and position towards the settlement of Nagorno Karabakh conflict, particularly emphasizing the importance of productive interactions for reaching maximal mutual understanding and confidence.

The interlocutors exchanged views on the upcoming meeting of Armenian and Azerbaijani FMthat will take place after their meeting.