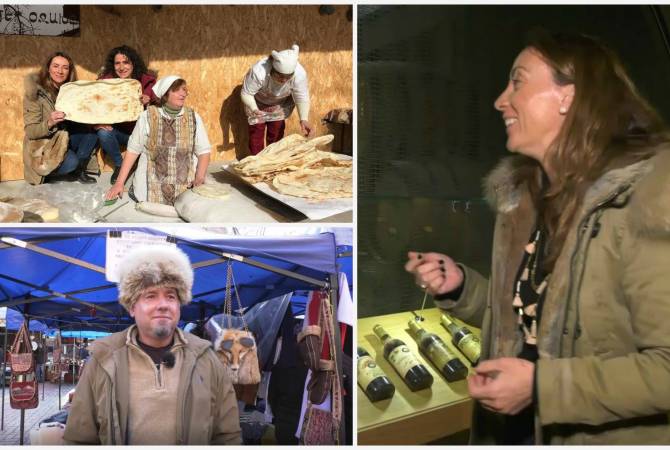 
YEREVAN, JANUARY 16, ARMENPRESS. The Spanish “Madrilenians around the world” famous travel project has made a video about Armenia by the support of the Armenian Embassy in Spain, Telemadrid reported.

“Armenia is considered the place of origin of one of the first civilizations. Therefore, we couldn’t miss the impressive History Museum located in Yerevan’s Republic Square. The Museum has more than 4000 exhibits, including the world’s oldest leather shoe which is more than 5.500 years old”, the report says.

The project also touched upon Armenia’s Matenadaran, the manuscripts kept there, as well as the Armenian Genocide Museum-Institute which tells about the 1.5 million Armenians killed in the early 20th century.