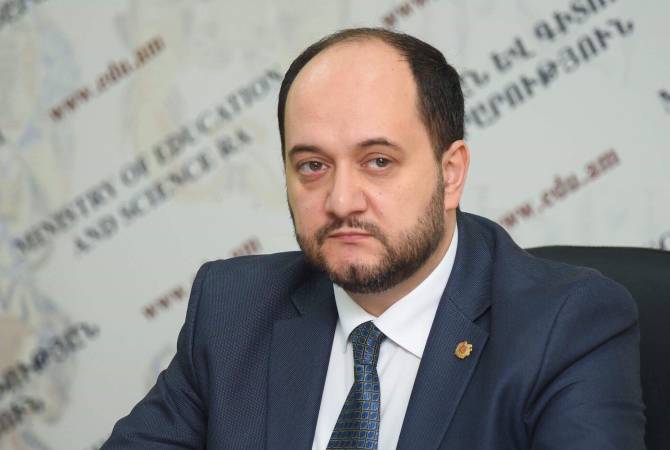 
YEREVAN, JANUARY 16, ARMENPRESS. Acting minister of education and science Arayik Harutyunyan departed for the United States on a working visit at the invitation of President of the Union of Armenian Engineers and Scientists of America (AESA) John-Emmanuel Shirajian, the ministry told Armenpress.

The acting minister will participate in the 35th Annual AESA Gala in the city of Glendale during which world-renowned scientist Yury Oganesyan will be handed over with the 2018 award named after Viktor Hambardzumyan.

Arayik Harutyunyan will also visit the University of Southern California and the UCLA, as well as the Armenian schools in Los Angeles, will meet with the teaching staff, students and their parents. During the visit the acting minister will also meet with American-Armenian scientists, education specialists and representatives of the city authorities.