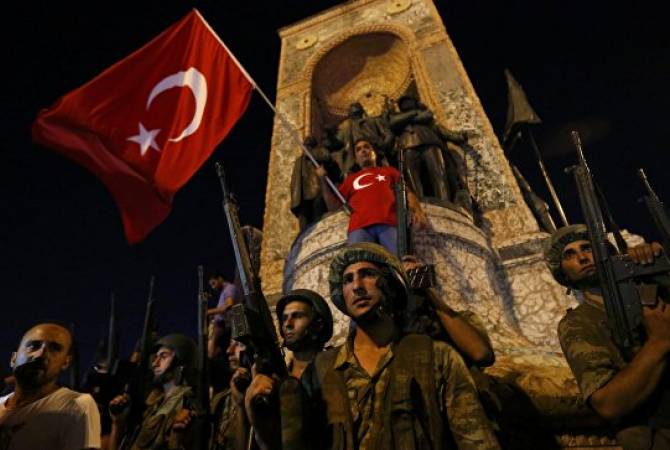 
YEREVAN, JANUARY 16, ARMENPRESS. According to the Early Warning Project of the U.S. Holocaust Memorial Museum, Turkey is ranked 8th among 162 countries with the highest risk of committing new mass killings.

“Our statistical model estimates that there is a 11.2%, or approximately 1 in 9, chance of a new mass killing beginning in Turkey in 2018 or 2019. Turkey ranks 8th highest among 162 countries”, the Early Warning Project of the U.S. Holocaust Memorial Museum said.

“Excerpted from "Countries at Risk for Mass Killings 2018-19": Ranked eighth for risk in 2018–19, Turkey has been in the top 15 in each of our past three annual assessments”, it added.

According to the Early Warning Project, the 2016 coup attempt in Turkey caused the country to rise in the ranking.

“Other risk factors include a lack of freedom of movement for men, the country’s anocratic regime type, a large population, a history of mass killing, and the ongoing armed conflict between the government and Kurdish rebels. Turkey’s infant mortality rate and ethnic fractionalization are substantially lower than average; Turkey’s risk estimate would be even higher if those variables were at the global mean.

The Early Warning Project stated that “genocides are never spontaneous. They are always preceded by a range of early warning signs. If these signs are detected, their causes can be addressed, preventing the potential for catastrophic progression.”

The United States Holocaust Memorial Museum’s founding charter, written by Holocaust survivor Elie Wiesel, states that “only a conscious, concerted attempt to learn from past errors can prevent recurrence to any racial, religious, ethnic or national group. A memorial unresponsive to the future would also violate the memory of the past.”