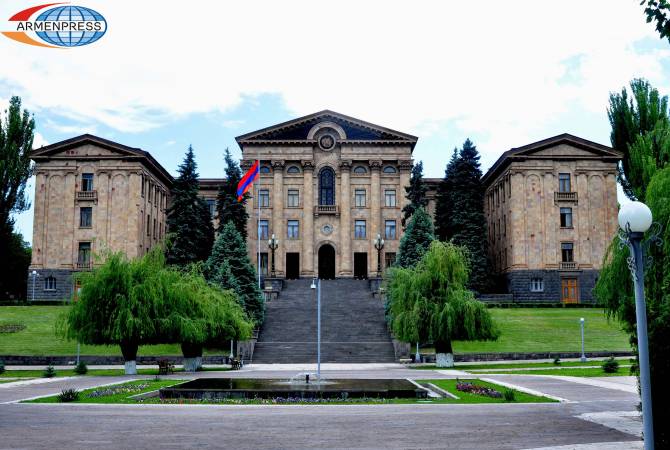 
YEREVAN, JANUARY 16, ARMENPRESS. The regular sitting of parliament has kicked off with lawmakers set to continue debates over confirming chairpersons for standing committees.

Earlier on January 15th, the parliament elected MPs Alen Simonyan and Lena Nazaryan from the ruling My Step faction to be Deputy Speakers. Vahe Enfiajyan from the opposition Prosperous Armenia party was installed as another Deputy Speaker.

The parliament will have 11 committees: My Step faction will chair in 8 of them, Prosperous Armenia in 2, and the other opposition party Lusavor Hayastan (Luminous Armenia) in 1.