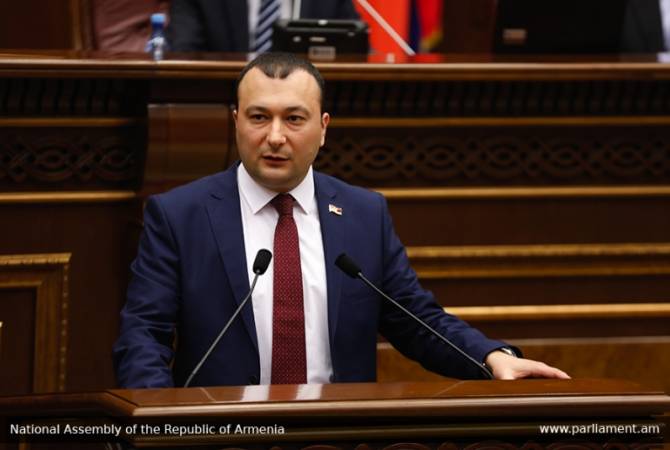 
YEREVAN, JANUARY 15, ARMENPRESS. Vahe Enfiajyan, newly-elected Vice Speaker of Parliament, member of the opposition Prosperous Armenia faction, vows to bring the people’s voice to the parliament and carry out his mission with an honor, reports Armenpress.

“Today our faction head Gagik Tsarukyan touched upon different topics, and I confidently state that I will carry out this strictly important mission with an honor and will bring the people’s voice to the Parliament”, Enfiajyan said in his remarks.

He also considered normal that there must be pluralism in the Parliament.

Today MPs elected the three Vice Speakers of Parliament through a voting. The next two Vice Speakers are Alen Simonyan and Lena Nazaryan from the ruling My Step faction.