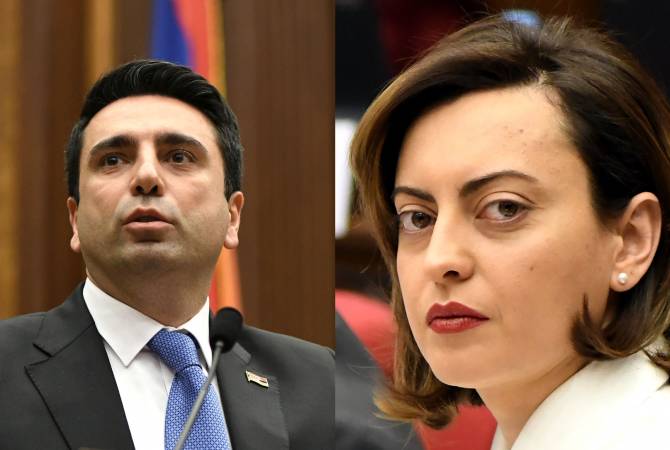 
YEREVAN, JANUARY 15, ARMENPRESS. The voting on electing Vice Speakers of Parliament has been completed, reports Armenpress.

Based on the results, Alen Simonyan and Lena Nazaryan from the ruling My Step faction have been elected Vice Speakers of Parliament.

124 MPs voted in favor of Lena Nazaryan’s candidacy, while three voted against.

109 MPs voted in favor of Alen Simonyan’s candidacy, with 20 against.

Vahe Enfiajyan from the opposition Prosperous Armenia party has been elected the 3rd Vice Speaker of Parliament.

The first session of the Parliament of 7th convocation began on January 14.