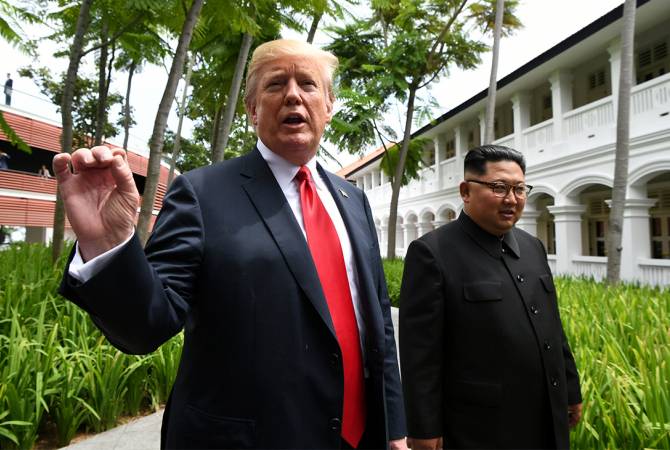 
YEREVAN, JANUARY 15, ARMENPRESS. United States President Donald Trump has sent a letter to North Korean leader Kim Jong Un over the weekend, and it has been flown to Pyongyang and delivered by hand, a source familiar with the denuclearization talks between the two countries told CNN.

The US and North Korea are currently negotiating details over a second meeting between their leaders.

The source claims that North Korean top official Kim Yong Chol could visit Wasington soon to finalize the details of the summit.

Earlier South Korea endorsed another Trump-Kim meeting, with President Moon Jae-in saying that it “would be a turning point "that will firmly solidify peace on the Korean Peninsula."