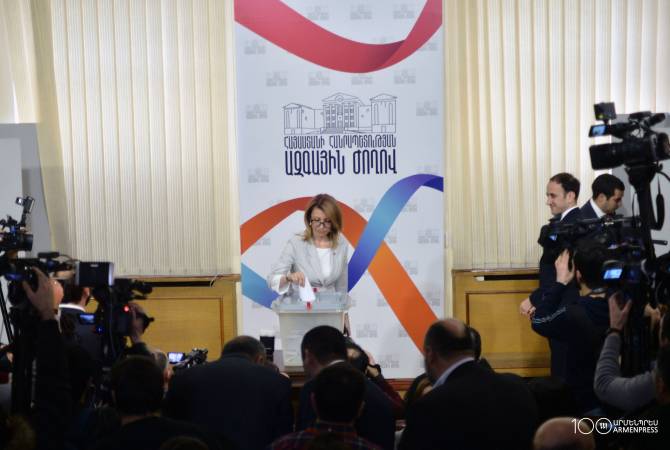 Earlier Ararat Mirzoyan was installed as Speaker of Parliament.

The ruling My Step Alliance has nominated MP Alen Simonyan and MP Lena Nazaryan for the other two Deputy Speaker seats.

By law, the opposition is entitled to one out of the three Deputy Speaker seats.

Prosperous Armenia, the other opposition party, has nominated its candidate Vahe Enfiajyan for the position.