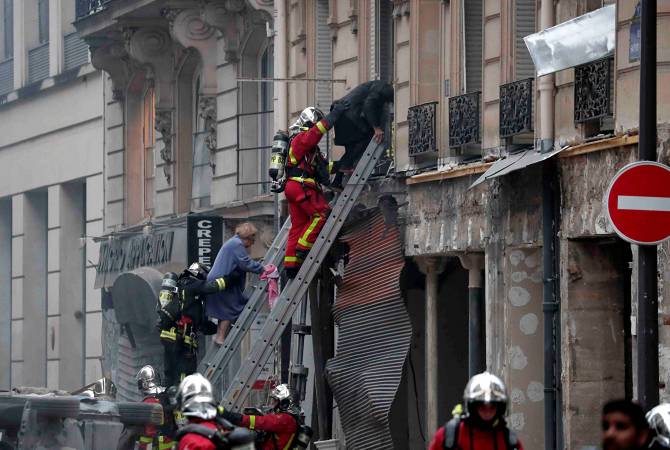 A suspected gas leak is believed to have caused the blast, according to the Police.

According to some reports, several people have been injured.

Pictures and videos posted online show plumes of smoke and flames slowly consuming one of the buildings. Witnesses on the ground say many still need medical assistance.