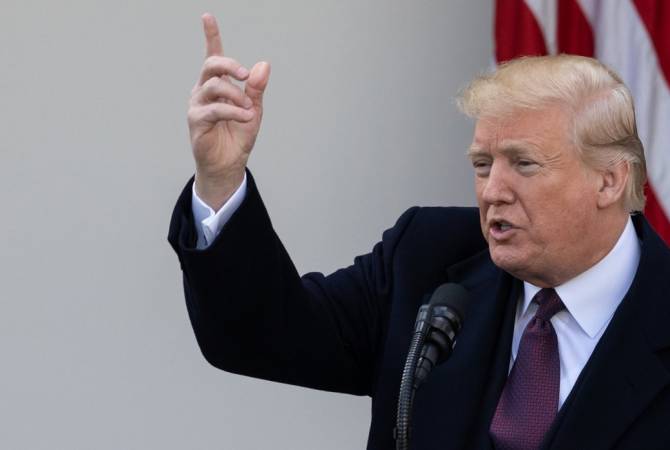 
YEREVAN, JANUARY 12, ARMENPRESS. US President Donald Trump said he has no plans to declare a national emergency for now as a way of securing funds for a border wall and ending a partial government shutdown, adding that he would rather see the U.S. Congress act, Reuters reports.

“We want Congress to do its job”, Trump said during a White House event on border security.

Parts of the U.S. government shut down on Dec. 22 after funding expired as Trump and congressional Democrats quarreled over the his demand for money to build a wall along the U.S.-Mexico border.

Trump repeated his view that he had the right to declare a national emergency to divert funds appropriated for other purposes but said, “I’m not going to do it so fast”.