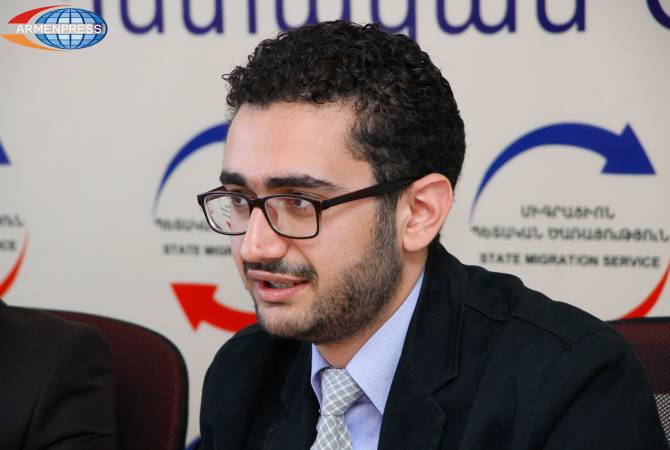 
YEREVAN, JANUARY 11, ARMENPRESS. More than 1000 out of the 2966 nationals of India currently living in Armenia have been granted residence permits for education purposes, while 800 received the permits for employment, Director of the Migration Service Armen Ghazaryan told a news conference.

“According to data of the nine months of 2018, 21061 citizens of India entered Armenia, and the departures totaled 18095 Indians. As a result, 2966 people have stayed, and around 2000 of them have received residence permits in Armenia. As far as nearly 200 of them, we can’t claim that they are irregular migrants since they might have valid visas,” Ghazaryan said.