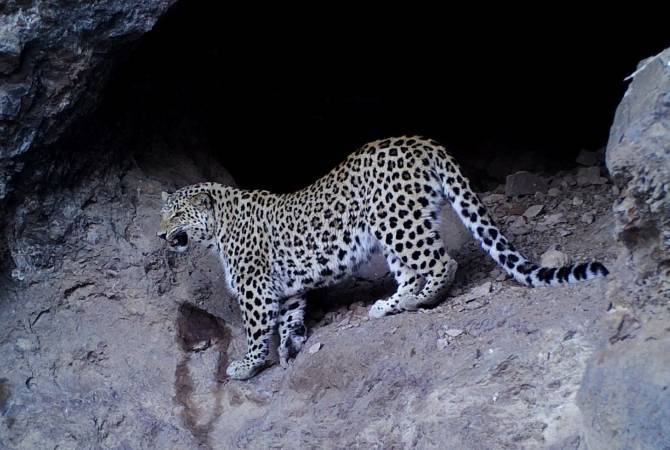 
YEREVAN, JANUARY 10, ARMENPRESS. Armenia’s ministry of nature protection and the ministry of climate change and environment of the United Arab Emirates (UAE) will sign a memorandum of animal breeding program, Acting minister of nature protection Erik Grigoryan said during today’s Cabinet session, in response to the question of acting Prime Minister Nikol Pashinyan what actions will be taken in Armenia for the preservation of Caucasian leopard found in Khosrov forest reserve, Armenpress reports.

“There are some types of animals which have been on the brink of extinction, but our UAE partners have implemented major programs. In addition to rehabilitation program, it’s also important for us to create sufficient conditions in Syunik, Vayots Dzor and Ararat provinces… The existence of Caucasian leopard means that we have sufficient ecosystem”, he said.

At the same time he highlighted Armenia’s leading role for the preservation of a Caucasian leopard in an international arena. “Caucasian leopard exists in Iran, in its turn Russia is trying to carry out rehabilitation programs, but there is no big cats in Europe at all”, the acting minister said, adding that the Caucasian Leopard Preservation Program is a pan-European program, and the EU partners are aware of it.

2019 has been declared a Year of Caucasian Leopard. The respective decision was adopted by the Armenian government in December 2018.