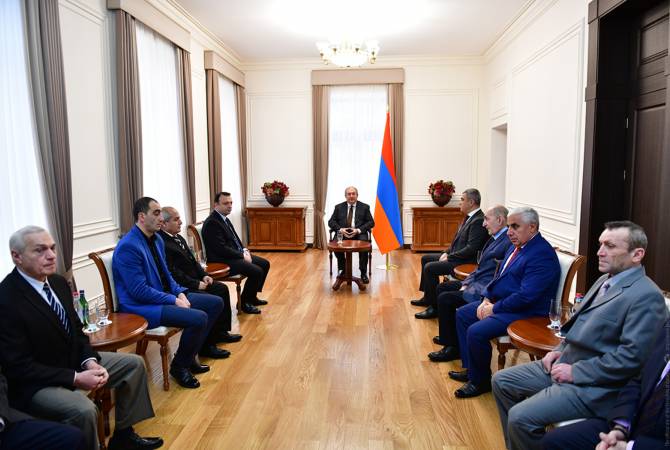 Levon Minasyan, head of the State Protocol Service at the ministry of foreign affairs, has been awarded with the 2nd Degree Medal of Services to the Motherland for the contribution, high responsibility and dedication showed during the organization and holding of the 17th La Francophonie Summit in Yerevan.

Pashik Alaverdyan, head coach of the Armenian national weightlifting team, has been awarded with the 2nd Degree Medal of Services to the Motherland for the contribution to the development of physical culture and sports and the significant results achieved in international tournaments.

Khachik Asmaryan and Vachagan Vardanyan have been bestowed with the Honorary Title of Honored Worker of Physical Education and Sports, and Ashot Gasparyan, Rudik Mkrtchyan and Karen Sarkisov – with the title of Honorary Trainer of Armenia.

President Armen Sarkissian congratulated and wished success to these persons and noted that each of them, while fulfilling duties, never thinks about appreciation, but it is the state’s duty to see and appreciate its best sons. “Each of you, regardless of age, is at the beginning of patriotic activity and has a lot do. There are many expectations from you”, the President said.