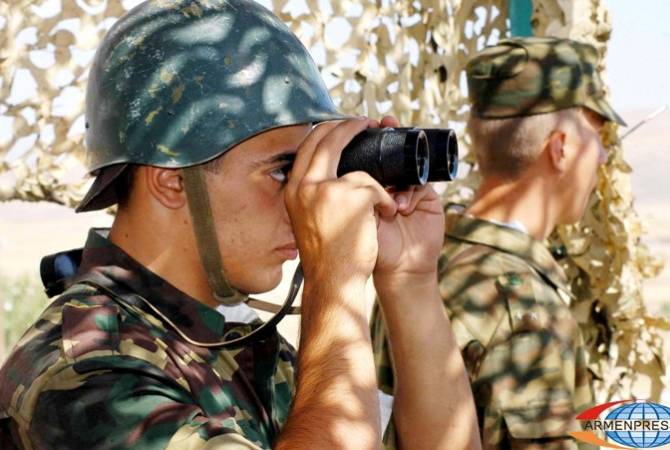 
YEREVAN, DECEMBER 26, ARMENPRESS. The Defense Army front line units recorded high voices (most probably quarrel) and later shooting in the military positions of Azerbaijani located in front of Bash-Karvend village at about 16:00, December 26. After that the Armenian servicemen recorded how some Azerbaijani servicemen drag away another lying serviceman.

As ARMENPRESS was informed from the press service of the Defense Ministry of Artsakh, such incidents often take place in Azerbaijani army which is the proof that discipline and inter-personal relations in Azerbaijani armed forces continue to remain in a miserable state.

As a result of the mentioned incident the Azerbaijani side will probably have losses, about which it will prefer to keep silence according to its tradition. It’s not also ruled out that the Azerbaijani elite will try to present the losses as victims of shooting by the Armenian side.