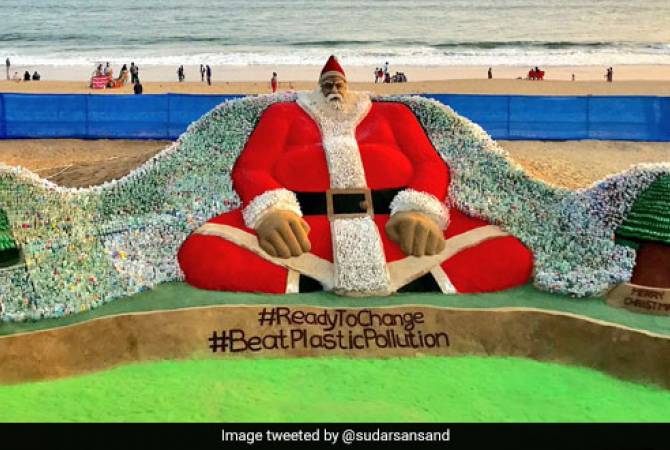 The artist is sending a green message and raising awareness on the ill-affects plastic has on environment.

“I have used plastic bottles to create the sand Santa but I want to urge the people to beat plastic pollution,” The Times of India quoted him as saying.

The artist said that all bottles used in making the sculpture will be given for recycling.

Indian sand artist @sudarsansand attempted a new world record on Christmas Eve after creating a giant Santa Claus out of plastic bottles to convey a “green” message to #BeatPlasticPollution. pic.twitter.com/v80uY1dg4d